My dear friend and one of the most fascinating people on the earth joins us for today’s episode. Holly Duckworth, CEO of Leadership Solutions International, and I have a candid conversation about how she took her career from banking to baseball and ultimately to heart-centered leadership. Was there fear? Heck yeah. She even takes us through her fear moments as she currently writes her upcoming book CTRL ALT Believe.

Holly is originally from a small town in Oregon called Wilsonville where her dad was a machinist at Freightliner for 34 years and her mom stayed home full-time. Holly started as a meteorology major in college and ultimately graduated with a degree in business management from Linfield College as a first generation college graduate, which was a huge milestone in her family. She went from banking to baseball, working for 5 years at Bank of America at then quitting and moving to the Salem Keizer Volcanoes. In 2010, Holly pulled off a triple play. She quit her job, divorced her husband and started her own company.

I practice life on the edge of fear. Find your comfort zone and go one step–to 100 miles–outside of that. That’s where I like to live my life and do my business. – Holly

Do what you love and you’ll never work a day in your life. – Holly’s Dad (who did the exact opposite his whole life)

My whole life has been “Oh crap! My life doesn’t look the way I thought it would!” – Holly

I put it out to the universe that I would move to a city with a hub airport. I thought it would be Seattle. It turned out to be Denver. – Holly

It’s easier to have a child than it is to write your first book. – Holly

Beliefs are the gateway to your heart space. – Holly

The world is starving for heart-centered, deeper meaning conversations. This is what drives business. – Holly

The more we can plug into our source (love), the more successful you can build your business. – Holly

Ask yourself, “how do you best love, honor, encourage and support me?” – Holly

3 Powerful Questions to Ask Yourself from Holly:

Ideas behind CTRL ALT Believe book  that you can think on: 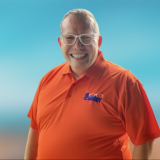 Phil Gerbyshak is the chief connections officer who works with small businesses and organizations to increase employee & customer engagement by using social media to create and build relationships.